First used in the1940s labor movement, ‘Woke’ has taken on a very broad meaning and is now in virtually every aspect of daily living. Woke can best be described as a classification of social awareness. Adopted by the black community during the 1980s as an awareness watchword – ‘stay woke’ – wokeness is now embedded in our culture.

One of my major interests, as a business coach and consultant, is spotting cultural, social, and environmental trends. Then, mentoring my clients on how to adjust, modify, and prosper as the trends unfold. Wokeism is one of those impactful trends. Like most trends wokeism will eventually morph into another cultural phase but in the meantime it will have significant and profound implications for business.

In relation to the 4Ms of business performance, two will be severely tested: Management and Marketing.

To start, let me say that business has been moving to the left polictically and culturally for several decades. It was cool and countercultureal for many companies to pivot from the conservative posture of ‘old’ business. Today, it is reversed. The left is the establishment and ‘conservation’ capital is the new counterculture way.

Companies like REI, Lego, CVS, Microsoft, Target, and Chipotle to name just several have instituted a woke management posture – termed ‘Woke Capitalism’. It represents how companies signal their wokeness by supporting various social or political causes to maintain their brand equity with customers and consumers.

The wokeing of the capitalist system, termed Corporatism, promotes equal decision-making between business, government, and unions. Corporate America and Wall Street have adopted and are implementing this management philosophy. Referred to as the “Great Reset” large business is spending billions on its spawning and growth.

The goal: changing capitalism to a hybrid social-capitalism and permanently altering the relationship between the citizen and the State. China has been trying a variation of this but it’s not working out for them as there is too much central control over the economy and society. Instituting such programs as the Sesame Rating system demonstrates the length governments will go to control their citizenry.

True leaders unite not divide. Consumers should be wary of businesses that classify them based upon a political agenda. The question is simple: what is the role of business in society? Prior to wokeism, the best business leaders managed as great quarterbacks but now many bow to an endless array of social and political causes.

Simply diverting capital from shareholders to causes and purposes on how life should be lived is not management. Wokeism is not about elevating the middle-class worldwide by creating opportunity, it is just the opposite. For example, during (and still) the pandemic large organizations were allowed to remain open (fast-food chains, home goods, and large food outlets, etc.) while small and medium businesses were forced to close.

Paying homage to wokeism in return for profits is the current management and marketing strategy. However, over time being woke will become passe’. Why? If everyone and everything is woke – then nothing is woke.

Based upon a number of studies, it appears that being woke does not impact sales or profitability. The term: ‘get woke – go broke‘ isn’t quite true, yet being woke doesn’t increase revenues or customer loyalty over time. Essentially, woke capitalism is financially inconsequential.

In relation to the 4Ms of performance, wokeism is a passing trend. Consumers want freedom, choice, service, and quality – these tenets will not change. Mastering the 4Ms confers success and competitive dominance -separating the winners from the mediocre (as many large corporations have become).

Going woke is a business’s strategic decision to appease a constituency. Driven by who they believe is their customer base and their buying motivation. For example, 89% of Starbucks customers are 18-40, urban, affluent, white-collar, politically liberal types. Going woke, as Starbucks has done, hasn’t helped its bottom line particularly in its overseas locations.

Nike’s market is urban youth, 42% of which are minorities. For Nike, embracing wokeism isn’t a bad strategy to keep its competitors at bay even if profits remain static overall. Playing the woke game is cheap from a marketing standpoint and relatively safe. Placating and reassuring its customers of its commitment to supporting their social concerns. Marketing your wokeness is about slick slogans and social media pomp.

Within the intelligence community, the term ‘ambiguity disbursement’ means taking a simple issue with a simple solution and making it complex by adding non-essential elements to the issue. Thereby getting others to take sides, confuse, and control the solution process. Wokeism is full of ambiguity disbursement. It is now mainstream and institutionalized. It will play itself out and melt into history as its usefulness diminishes for corporate and political interests.

4M Performance has recommended, to certain clients, the use of wokeism as a marketing tool but with the caveat that its use requires careful research and a light touch – too much can be disastrous and its usefulness will diminish over time. 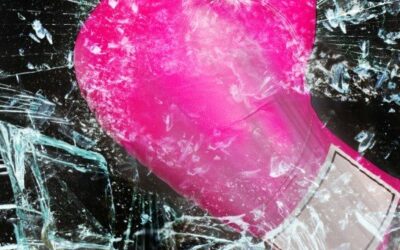 Coaching Women in TODAY'S Business Environment The burden of the glass ceiling remains an issue for women's advancement but it has changed significantly over the past decade in terms of height and complexity. The glass ceiling is now just below the C-suite level - yet...

END_OF_DOCUMENT_TOKEN_TO_BE_REPLACED 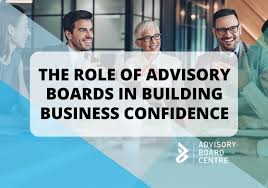 Advisory Boards: A Great Addition for Every Small Business or Startup

When it comes to providing advice, insights, and knowledge to small businesses, Advisory Boards are a very unutilized asset. If your business hasn't yet realized that your staff is your number one asset, you're behind your competitors. Yet, it is my experience that...

END_OF_DOCUMENT_TOKEN_TO_BE_REPLACED 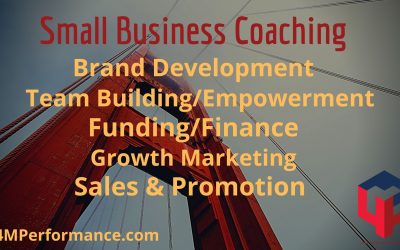 Whether a seasoned executive or entrepreneur, 4MP's Leadership & Development Training Programs are designed to prepare you for the complex responsibilities and tasks of piloting a business in this age of constant digital transformation and rampant market...