So You Want To Code A Blockchain? Here’s How

Blockchain (BC) development differs from traditional app development. BCs require a lot of upfront planning – such as deciding upon the most suitable incentive scheme, the degree of transparency, specific group permission, etc. Normally, core BC developers are responsible for the entire BC development lifecycle – including researching its architecture and identifying use-cases for the app.

How is a BC developed?

BC databases are very difficult to hack or manipulate, making them a perfect place to store sensitive data. So, in developing a BC app you must understand how BC technology works.

To learn the technology you must familiarize yourself with its concepts, cryptography, and with BC code language, such as Solidity. A lot of BC development focuses on information architecture, or how the database is structured and how the data is to be distributed and accessed with different levels of permission.

This, in turn, will impact which parties get access to what data, how the data is to be shared between parties, and whether the majority voting will ensure the altering of any data.

How do I become a BC developer?

There is tremendous demand for BC developers. The first thing any aspiring BC coder must do is to attend a comprehensive development tutorial from a reputable source. A full understanding of the differences and tradeoffs between BC programming and traditional systems structures is requisite. These tradeoffs include full transparency, governance voting, customized incentive scheme, etc.

The BC Development Process

Organizing the process in an efficient and ideal way will foster the best outcome. The stages required are as follows:

How much time should all of the above take? It may take several months to a year. The goal is to create a feasible timeline and realistic benchmarks.

So, there you have it. Building blockchains is not an easy task but they do serve a very useful purpose in the right situation and appear to be a solution for many problems, particularly where security and transparency are vital issues. 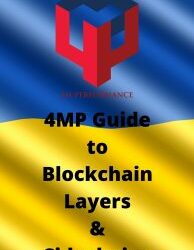 The Ethereum blockchain is currently the home of popular crypto apps that power the DeFi, games, NFTs, and a variety of digital assets that grows each day. But while all of this activity is great for Web3 and the Metaverse the downside is this volume has created...

END_OF_DOCUMENT_TOKEN_TO_BE_REPLACED

Smart Contracts…Why They Are So Important to the Future

A Smart Contract is a blockchain-augmented representation of a traditional contract with counterparties, rights, obligations, and considerations. They allow for the execution of either a portion or the entirety of, contractual rights and obligations with reduced human...

END_OF_DOCUMENT_TOKEN_TO_BE_REPLACED

Blockchain powers the entire realm of digital assets but beyond that use, this technology will be the foundation for the internet's next evolution and will change the entire paradigm of how business is conducted. What Is A Blockchain? A BC consists of blocks of data...