The hub of innovation for over three decades, Silicon Valley took over the high-tech reins from Boston’s Rt. 128 corridor in the late 1980s. It’s now about to lose its lofty position.

The ‘Valley’ had become an ecosystem. The most promising start-ups, the world’s largest tech giants, and venture capitalists are willing to make it all happen. Yet, there is no denying that the ‘Valley’ has peaked and the trend is decidedly downhill.

Numerous and notable tech icons have already moved or announced their intention to relocate their HQs out of the ‘Valley’ – this exodus includes venture capitals as well. Tesla, Oracle, HPE, Dropbox, JURR, and the Founders Fund are just several which have left the ‘Valley’.

A victim of its own success, the ‘Valley’s cost of living is the highest in the nation. The median income is over $100,000/year and housing is unattainable for those earning $15,000 per month or less. This, coupled with very high California income, sales, and property taxes incent start-ups to locate in other states: Texas, Florida, Arizona, Georgia, Colorado, and others have become the beneficiaries.

Culturally, the ‘Valley’ has gone from people building multi-billion dollar businesses to people working for big-tech with big salaries and mega-perks, making it impossible for start-ups to compete for staff and space. Furthermore, COVID 19 made work-at-home very doable at very remote locations.

The ‘Valley’, for now, is the world’s premier locale for tech innovation but there are major cracks in the wall. Fundraising has gone virtual. Start-ups can pitch to investors online. Denver, Austin, Phoenix, to name several cities, have become start-up hubs and venture capital has followed.  VCs are extending their presence outside the ‘Valley’ with satellite offices or via investment partnerships which have become commonplace.

Contrary to popular belief, most successful start-ups are developed by people who have worked in the tech industry and have broad experience in their field of endeavor – and not from entrepreneurs or University think tanks. This means that going forward new ventures will be scattered across the country and not centered in the ‘Valley’.

Silicon Valley was a dream come true. But, like all dreams, it had to come to an end. 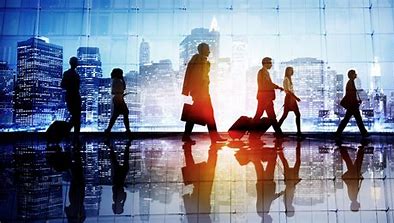 Between Vision and Execution: The Purpose of Purpose

When laying out a plan to accomplish and attain your business's vision (ultimate goal) start by asking "Why".  What is the purpose of what I am trying to accomplish? Then, more importantly, how do I execute that, Purpose?  I find that many companies struggle to find...

END_OF_DOCUMENT_TOKEN_TO_BE_REPLACED 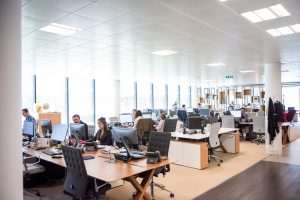 Does Your Workplace Really Work?

What gives your staff that sense of a higher purpose? That something the enables them to perform their best? How do you create a workplace that becomes a touchstone, a physical presence of what we are and what we stand for? It starts with a vision for how this...

END_OF_DOCUMENT_TOKEN_TO_BE_REPLACED

Even pre-pandemic there was concern regarding the level of Federal debt - which has been on a steady upward march since the turn of the century. For 2020, the Federal debt (with the impact of COVID 19) will reach 136% of U.S. GDP. Meaning the debt owed would be 136%...